What prevents us from shaping the future well?

Sure, there are opportunities and ways out! But on the other hand, there is also the frighteningly sluggish dynamism of the (5% shareholder) shareholders within encrusted economic structures. They often block the upcoming transformation to a greener, cleaner and more peaceful world. Their concerns revolve almost exclusively around their returns, the utilisation of remaining raw materials and (subconsciously) the finiteness of their earthly lives. However, their "private ownership" of 90%! of all assets would be urgently needed! One can also accept those who have become rich in this way as they are - similarly to other people. After all, the joint management of today's crisis situations - which we all share and which affect us all - is ultimately unavoidable.

Some shareholders are still being held hostage by the all-dominant dictatorship of interest money and returns. They hoard their money, which results in a shortage of capital. Such "dark capital" then primarily pays its own structure maintainers: weapons production, agrarian, nuclear, oil, chemical and electricity corporations, construction giants, vehicle industries, coin currencies etc.. 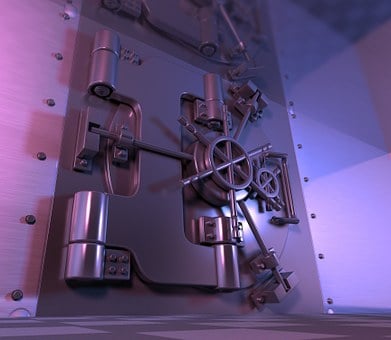 And yet it is high time to make our entire economy fossil-reduced in a concerted paradigm shift!

Let's wake each other up! Let's practise civil disobedience, for example, by painting a large and provocative CO2 sign on heavily frequented roads with asphalt paint! The same markings should also be placed on all CO2-intensive plants and sites to stimulate critical thinking and to make people aware of the fossil fuel problem.

Neither the current economy, nor politics, nor wind turbine farms, hydrogen, silicon modules, concrete construction technology, e-mobility or vegan food were able to change our climate and raw material situation!
So far, they have only offered a very limited compensation for the necessary restructuring for adequate biological footprints.

A cut - a general debt relief - could be the "gamechanger"!

This would also be necessary to save work, trade, mobility and life as a whole from the very possible collapse of trade and finance.
This turnaround would probably come from an expected decision by high finance itself - it should, indeed must, ensure climatic survival and a monetary new beginning! As early as 594 BC, the Greek polis of Athens took a comparable step of solidarity - with benefits for all*.

This new council would neither affect the existing hierarchies nor the respective state structures. It could shift a lot of capital, which is still passive, into environmentally compatible projects and set in motion the technically necessary conditions for fossil-free production and clean transport. This is by no means meant as a communist new edition, for this step towards such a proposed measure would only achieve what, for example, was brought about for the better every 50 years in ancient times by the Jewish Jubilee Year.

Emerging countries in particular need to experience debt relief in order to be able to deal with their situation themselves in the future.
There is the permissible question: if all states have a more or less high debt burden - with whom are all these debts booked, or who has borrowed such enormous sums in real terms? In addition to the pandemic costs and the resulting world market situation, the global financial system as a whole is already coming to the edge of its "lucratively profitable assets". This is precisely what makes a radical reboot likely!

For example, the renowned Lary Fink - head of Blackrock - could take over the role of the historical Greek Solon*! After all, he would be the experienced front man among the asset managers, with a reputation for all currencies and the best connections to several major investors.

Only with such a paradigm shift to far-reaching "green investments" will the crypto jugglers and arms lobbyists have reached the end of their flagpoles!

With such a "cut", the "TOPten4cleanFuture" - i.e. the construction and transport solutions presented on www.earthsolar.at - would also have a good chance of being implemented. After all, they are well suited to efficiently help stabilise the precarious situation of the biosphere and the heated climate.

* Around 600 BC, trade was flourishing in Athens. Grain imported from abroad was cheaper than that from the small farmers at home, so many became impoverished and social unrest ensued. To prevent a bloody civil war, the Athenian population entrusted the aristocratic Solon with the office of arbitrator in 594 BC.

The reforms that followed formed the basis of Athenian democracy (rule by the people). The Greek historian Plutarch reported in 100 BC on the social grievances before Solon's reforms.


The entire Greek people were indebted to the rich. Either they worked the land for the landowners and delivered the sixth of the proceeds, or - if they had contracted debts under the pledge of their bodies - they were taken away by the creditors and had to serve as slaves. Many were also forced to sell their own children. When Solon had become master of the situation, he freed the people by forbidding loans on individuals and by cancelling debts [...].

Today (from New Guinea to Silicon Valley), very different stages of development can be discerned among peoples: partly because of diverse geological and regional climatic conditions, but also because of different technical standards. The concerted superiority of highly developed regions (G-20) leaves disadvantaged countries no economic leeway. On the other hand, their rapid progress also makes these states inflexible and blind to technically simple alternatives.

In any case, it is precisely this technical superiority that alienates us humans from naturalness, empathy and heartfelt public spirit. Two worlds, rich and poor, two perspectives, splendour and misery - both trapped in themselves - have thus formed. This state of affairs must be balanced - otherwise, I think, both worlds will be lost!

If all work were done by progressive automation, the masses of "exempted" people would of course also have to receive a work-free basic income. The companies rationalised in this way would actually owe this to general social hygiene! Either we form a global partnership to care for the earth and for each other, or we risk irrevocably ruining ourselves and the diversity of life.

If you do NOT want to receive email about the activities of  WWW.earthsolar.at, please send an e-mail with the subject "unsubscribe".