One billion trees a year

British researchers want to use drones to find places to plant trees and sow seeds directly in the right place. Lauren Fletcher and his team at BioCarbon Engineering want to plant one billion trees a year. The drones should first create a 3D map, on the basis of which the researchers create a planting plan.

As a result, another drone flies over the area and shoots so-called seed bombs into the ground ("seed-bombing"). Better than the afforestation by hand, the drones would make much faster progress - trees could also be planted in regions that were difficult to access.

A drone could plant about 600 seed bombs per hour. Two or three pilots controlling several drones could plant about 36 thousand trees in one day; they then have to be systematically fertilized and watered. With its concept, BioCarbon Engineering won the Skoll Foundation Award last year and was chosen from hundreds of applicants for the Dubai Future Accelerators Program at the Drones for Good Competition in Dubai.

[note The Dubai Future Accelerators Program was launched in 2016 by the Crown Prince and his father, the ruler of Dubai. The program is aimed at innovative entrepreneurial companies working in partnership with the Government of Dubai to use the city as a living testbed to provide solutions to the global challenges of tomorrow.] 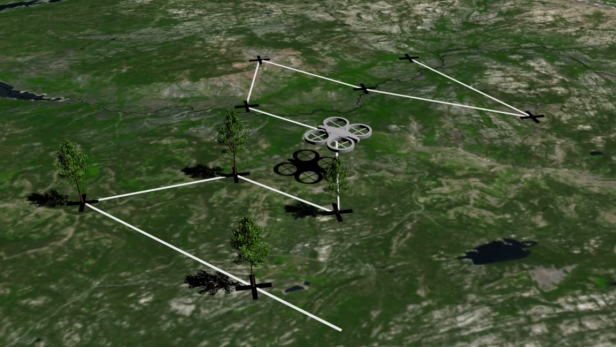 Ten times faster than by hand

According to BioCarbon Engineering, it is possible to map 140 hectares in less than an hour and plant one hectare within 18 minutes. In comparison to traditional hand afforestation, the system is ten times faster and only one-fifth, according to Susan Graham, CTO under Fletcher. Just how desperate is the targeted one billion trees per year, Graham calculates: Every year the planet loses 15 billion trees, much of it must give way to agriculture. At the same time, only 9 billion new trees would be added - making a net loss of 6 billion. And climate change could even push it higher. The one billion that BioCarbon Engineering wants to plant with its reforestation-by-drone system is therefore urgently needed.

At best, these approaches should also be considered before UNHCR and UNIDO for further implementation.

If you do NOT want to receive email about the activities of TubeWay solar, please send an e-mail with the subject "unsubscribe".